Two hot little Spaniards … (was I showing off?)

Was I showing off a little with these wines?  Maybe a little, and for good reason, although I got outclassed in the end anyway. 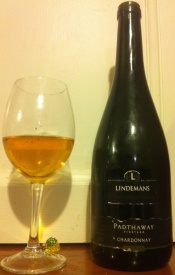 Recently I wrote about an old chardonnay that I had at a friend’s place, the one that showed clear, well actually golden, signs of looking like dehydrated equine liquid waste (my wife thought using “horse piss” in a blog was a bit off so I won’t mention it here … whoops).  I had no idea I’d end up writing about that wine, I’d actually brought along a couple of other wines to “show off” and then blog about.  But the old Chardy totally outclassed my two Spanish wines and stole the limelight.  It’s great when a wine really surprises you.

Now the two little Spaniards get their turn, and deservedly so.

A lot of Aussies only drink Australian wine.  It’s probably partly a patriotic thing but it more than likely has to do with the fact that we produce so much more wine than we could possibly ever drink ourselves, although we do try! (We keep the good stuff and throw a funny beast on the label of the rubbish then send it overseas … it amuses me what people find important in wine.) There really hasn’t been much room for imported wines, especially when they are in a language using terminology we generally do not understand.

In my early days of travelling I was marvelled seeing all the Australian wines on shelves overseas so I’d always go for an Aussie wine.  Then it dawned on me that I had the opportunity to enjoy all sorts of exotic wines from the locales of the places I travelled to, and I could save the Aussie wines for when I got home.

Imported wine is slowly making its way into the Australian wine market, thankfully.  It’s allowing wine lovers the opportunity to enjoy wine that is truly different to the wines we make here in Australia. 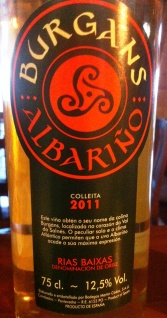 So I decided to pick up a couple of Spanish wines to take with me to my friends place to have with dinner and made sure they were relatively common and easy for most of our readers to get hold of.  I picked an Albariño as the white and a Rioja as the red knowing that these would be different wines from what many Australians are used to.

The white was a Martín Códax Albariño Rías Baixas Burgáns 2011.  Burgáns is made at Martín Códax, a famous Bodega (winery) in the Rías Baixas wine region located on the Atlantic coast of north west Spain and bordering Portugal.  Albariño is a local grape of the region and accounts for 90% of grapes planted in the area.  It is also grown across the border in Portugal where it is called Alvarinho.  In Australia you can pick this wine up from Vintage Cellars or 1st Choice for around $19.

This was quite a nice white wine with its own unique flavour.  If I was to try to compare it to more common white wines I’d say it’s a cross between a Chardonnay and a Sauvignon Blanc, but that’s like describing crocodile as tasting somewhat like chicken, when it’s more like lizard (a pub in The Rocks of Sydney does an awesome crocodile pizza, but I digress).

It’s unwooded so it is fresh with quite a bit of zing and a lot of flavour that is not hidden by any oak.  It is a lemony slightly green colour with quite a lot of floral notes on the nose.  I enjoyed the smell, and went back for a few more sniffs.  It had that lemon fragrance, and in a nice way.

And you could taste the citrus flavours on each sip, along with peaches and pears that lingered for a little while in your mouth.  We all really enjoyed this wine and would definitely have it again, probably with some light antipasto or BBQ’d prawns even. 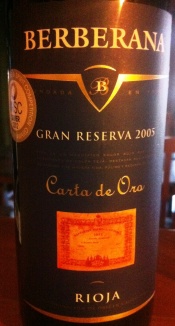 The red was a Berberana Carta de Oro Rioja Gran Reserva 2005 that you can pick up from Dan Murphys for about $15.  It is a medium to full-bodied red wine made by the Barberana bodega, under the Carta De Oro brand, and comes from the Rioja region in northern Spain.  It’s about 80% Tempranillo with 20% Garnacha (Grenache).  Being a Gran Reserva just means that it has been held back to gather some age before being released.

This was a really nice red wine!  The 2005 vintage in Rioja was apparently very good and it definitely shows.  On opening I was hit straight away with plum and blackcurrant aromas and even some herbs and earthy leather.  It was a dark ruby-red colour, almost like a port (although nothing like one otherwise).

It had a lovely taste of plums and spices along with those earthy elements and a taste of fruit and vanilla that lasted in the mouth.  It would go very well with hearty meat dishes or strong cheeses.   It reminded me of a South Australian Shiraz, although still very different.  A thoroughly enjoyable wine.

So, if you want to show off a little and look all international without breaking the budget, these two wines will go down very well (unless you end up being outclassed of course). Even if you can’t find these particular wines definitely ask for an Albariño or a Rioja if you want to try something different that I think you may very well enjoy.