Breaking the rules on pairing wine with food! 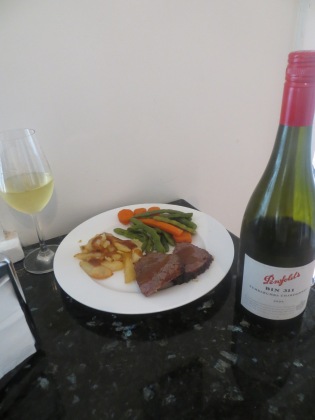 Sunday in Sydney was warm and sunny, the perfect white wine weather, not that I only drink white wine when it’s warm or red when it’s cold, it just helped set the mood for a white.  The thing though was that we were cooking up a good old fashioned and basic Sunday roast, I’ve got a load of beans coming out of my veggie patch that need eating.

So the dilemma I was in was that the mood was white but the roast beef was flashing a solid red!  My first thought was that maybe a Viognier would hold up against the beef, being a little oily and all, but the problem was that I actually don’t have any Viognier laying around, strangely enough (note to self: I must get me some).  And according to the infographic I’ve dropped into this post I was possibly right on that assumption too.

So in the end I decided to pop open a 2006 Penfolds Bin 311 Tumbarumba Chardonnay hoping that a bit of age may add to the roast experience.  2006 was also an excellent vintage in Tumbarumba so the wine itself was looking good.

Pairing this Chardy with a roast was always going to be risky but it’s the best white style I could think of that was available with ease, and I was getting thirsty!

Opening this wine was a pleasure, it just smelled so good!  Nice and toasty with hints of melon and a general array of fruit.  Definitely showing some age, but too much so?  Clearly it had turned a golden colour but on sipping it had morphed into a nutty complex wine that had retained most of its fruit flavours, now laid over the top of toast.  It was still quite delicate and fine too, possibly too much so for the roast.

Quite enjoyable to drink, but how did it go with the beef?  Sadly, not as good as I had hoped.  The beef overpowered the delicate elements in the wine leaving behind only the earthy aspects.  It was still ok but they did not enhance each other at all sadly.  The best bit about getting a food and wine pairing right is when they join to create a unique and enjoyable experience but it just felt like these two were having an argument. 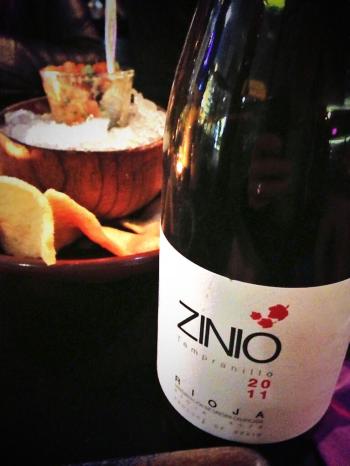 A lot of this wine was saved to sip and savour after the meal was complete.  It was a good old Chardy indeed.

Sometimes though you can get an odd food and wine pairing spot on.  Neal recently tweeted about a strange combo he got right, the pairing of sushi with a Spanish Rioja.  Apparently this ended up being the perfect wine for the sushi he was eating.  It just goes to show that although there are some general guidelines, and for fairly good reason, you may get lucky breaking those pairing rules from time to time.

And, when it comes down to it, it’s about drinking whatever the hell you feel like (even if it ends up clashing)!