It’s Shiraz, but not as you know it!

I often hear people say “I love Australian Shiraz” but what does that actually mean? There must be a common style of Shiraz that brings people to say what seems to me to be a very general statement even though it is a positive one.

It has been Shiraz Week this week, or as it is on social media… #shirazweek. I’ve noticed that a few lucky North Americans have received beautifully personalized wooden boxes of Australian Shiraz from Wine Australia and these contain mostly South Australian wine (primarily from the Barossa Valley) with the odd non-SA bottle thrown in.

So I’m getting the feeling that “I love Australian Shiraz” often means a love for those big bold but deliciously juicy wines from South Australia (think Barossa Valley and McLaren Vale). These wines can be exceptional but there is so much more to Australian Shiraz, like one of my favourite ‘acquired tastes’… the earthy dusty leathery and savoury Hunter Valley Shiraz.

Then there’s a whole range of cool climate Shiraz and these, quite often, display refined elegant and exquisite characters of spicy floral rolling meadows with bushes of gentle subtle berries. I’ve tasted quite a few exceptionally good cool climate versions lately and it’s these wines I’m going to cover off here. 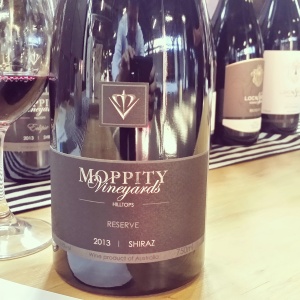 We may as well start with a wine that has been rated as one of Australia’s best Shiraz. This wine won Australia’s Best Shiraz late last year at the 2014 Great Australian Shiraz Challenge. It’s the first time a Shiraz from NSW has won the award in its 21 year history (often it’s the big boldies from South Australia that knock off the trophy). Hilltops is a region that sits on the western slopes of the Great Dividing Range in NSW and is about 4 hours drive from Sydney. It’s cold but more importantly it’s quite dry at the end of the growing season.

I had the privilege of tasting this wine the night before the award was announced and it’s a stunner. Displaying the spicy characters often found in cool climate Shiraz, it was a delicious and attractive wine that still let you know it had a tough, strong and bold interior. Extremely complex and very long-lasting in the mouth. Not cheap at $70 but well worth it for a special occasion although give it a couple of years to calm down. 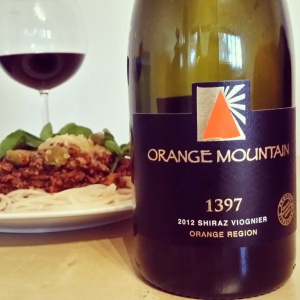 This wine comes from Orange, another wine region on the western side of the Great Dividing Range and about 3 hours from Sydney. The “1397” represents the height (in metres) of the largest peak in the area, Mt Canobolas. There’s no higher peak west across the whole of the continent of Australia. It gets very cold in Orange and there’s often the challenges of frost as well as gaining a long enough growing season that is dry. Good vintages lead to exceptional wines but this wine is not from one of those vintages. Still, Terry Dolle has worked magic and created one of the best Shiraz Viogniers I have had.

There’s a trend in cooler Shiraz regions to perfume up the wine by adding a dash of Viognier and this wine has about 5% (co-fermented). It probably doesn’t even need to be on the label but why miss out on this trend? It’s a beautifully fragrant wine that draws you in to discover a lightly peppered spicy wine with lovely berry and dark fruit characters all in more-ish balance. At $42 it’s well worth the money. Oh, and if you visit the winery let Terry know we sent you and if you ask him nicely he might show you around. He’s genuine! 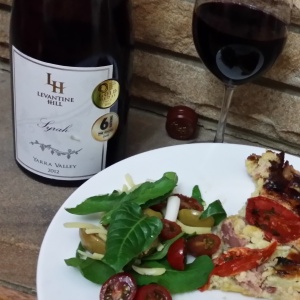 The Yarra Valley is only an hour or so north-east of Melbourne in Victoria. This region is known for producing quality Pinot Noir, Chardonnay and good Aussie bubbles. It also produces some beautifully elegant cool climate Shiraz. Levantine Hill are following a little trend that’s slowly happening in Australia where some wineries are labelling their more elegant and refined premium Shiraz as Syrah. This award-winning wine well and truly makes the grade. It’s very elegant, smooth, soft and refined with well-balanced fruit characters layered over lovely cedar notes and finishing long and complex in the mouth. The 2012 is hard to find now. I’ve also had the 2013 and it too is a great wine. At $80 a bottle it’s a special wine. 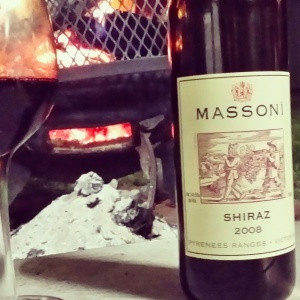 The Pyrenees is about 2 hours west of Melbourne in a hilly and cool region and is known for producing more intense Shiraz, both in colour and flavour, than a lot of the other cool climate regions. That’s exactly what this wine is by being almost black in colour and displaying intense dark fruit characters that really drive home at the end of each sip. With a bit of age on it the lovely cedar characters are well-integrated into the wine and there’s a lovely savoury background. At $30 per bottle it’s the best value amongst these wines. 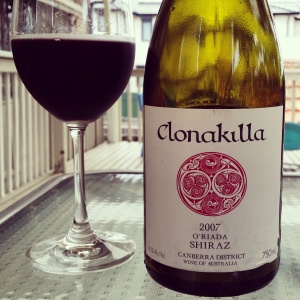 Canberra is Australia’s capital city and is a few hours south-west of Sydney. The wine region itself is mostly scattered across the border in NSW but less than an hour out of Canberra. Anyone who has been to Canberra in winter knows how cold it can get and the Shiraz from here displays that climate by producing spicy, soft and smooth wines. Like the Orange Mountain Shiraz above, the O’Riada is co-fermented with a dash of Viognier and is the sibling to a wine regarded as Australia’s best Shiraz Viognier. This O’Riada is a beautiful wine that oozes style and substance. Packing loads of character it keeps you coming back for more. It’s about $40 for the current vintage.

So there you go… cool climate Aussie Shiraz. It’s a more elegant softer style of wine than what most people are used to in Shiraz but clearly by the price points of these wines they aren’t mass-produced everyday drops. Although, you could happily drink them all the time if you’ve got the coin to shake.

Leave a Reply to Conrad (The Wine Wankers) Cancel reply