From failure to success!

I mentioned in my post The Wine Auctions that one of the advantages of the auctions is being able to get hold of older wine.  I also mentioned how, most of the time, the failure rate is quite low and the pain from the times you have to pour that old bottle down the sink, along with your tears, is far outweighed by the joys you get from the good bottles.  I recently had just such an experience. 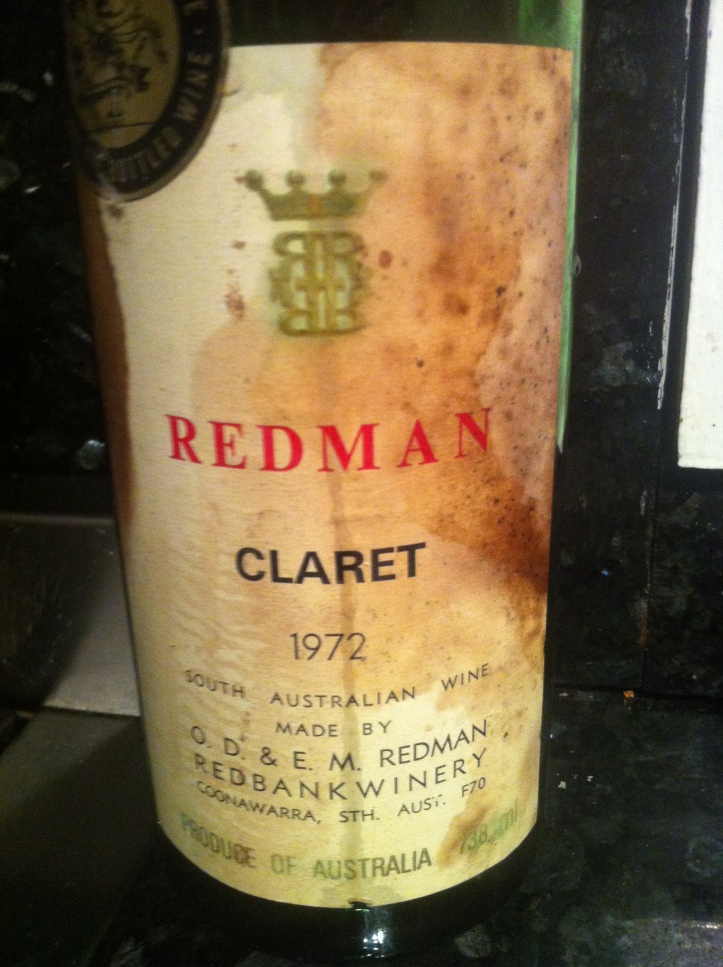 I pulled out a bottle of 1972 Redman Claret from Coonawarra in South Australia, a wine actually made from Shiraz.  Australia used to label their wines after French wines even when the grape had no relevance to the label.  Claret is from Bordeaux and they do not use Shiraz!  Those crazy Aussies!

I got this wine in a mixed case of older vintage wines that set me back about $10 per bottle.  All the other bottles had been good but you can see by looking at this one why I’d put off opening it.  The label has disappointment written all over it!  So I went to put the cork screw into the cork and the cork just dropped straight into the bottle.  Plop!!  More signs of impending disaster!

Then, almost like a purple haze, out drifted a poisonous gas that almost knocked my head off.  The flies that usually circle my head dropped to the ground. The room smelt like vinegar!  Not looking good at all.

I poured it into a glass and admired the cloudy sickly pink-purple colour.  Do I or don’t I sip?  If I don’t sip, I will never really know if it was as bad as all other senses were telling me.  If I do sip, surely I can spit fast enough before that stuff eats away at the lining of my mouth and stomach.

So, of course, I take a sip  I’m a risk taker.  And? …  I couldn’t spit fast enough.  And I wasn’t able to rinse my mouth as quickly as I’d like.  “Get it out of there!”  It was the most rotten red wine vinegar you’ve ever tasted!  Oxygen had done its damage indeed.  As I poured it down the sink I could hear it sizzle as it rinsed my pipes clean! 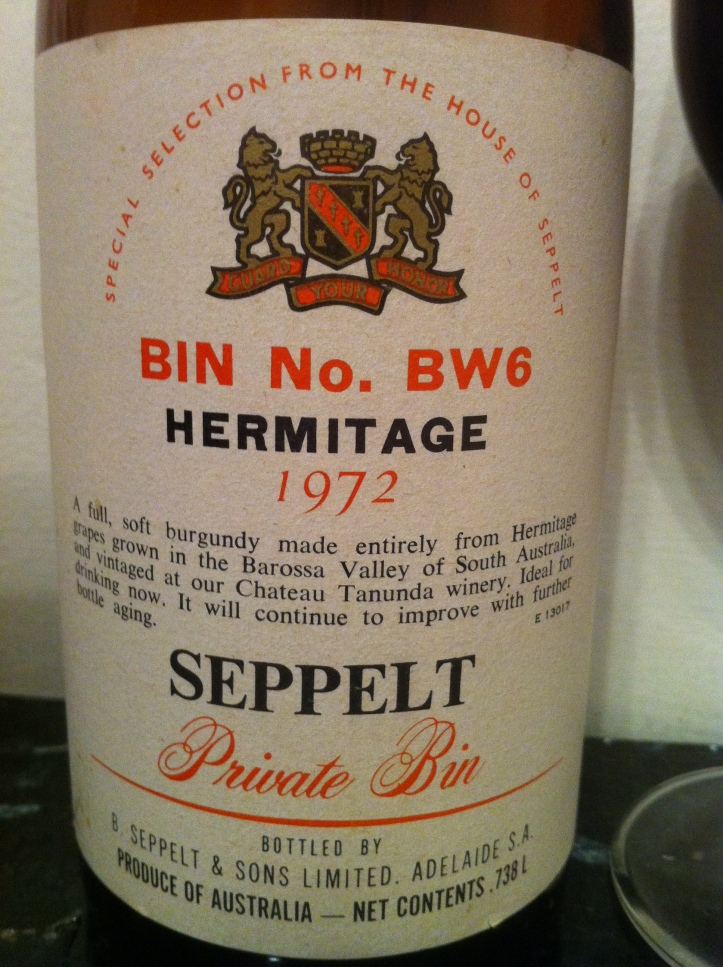 I needed to bring on redemption for the 72 vintage.  I pulled out a bottle of 1972 Seppelt Private Bin Hermitage from The Barossa Valley in South Australia.  This one I picked up as an individual bottle on another wine auction site for about $30 so I was already expecting a better result.  The label… nice and clean and in really good nick!  A positive sign.  And there’s that crazy old Aussie labelling again.  “A full, soft ‘Burgundy’ made entirely from ‘Hermitage'”.  LOL.  To a wine wanker that just doesn’t make sense but it was all about getting on the French label bandwagon back then.

As soon as I popped this bottle open with its wine level up into the neck and its cork fully intact with red colouring only half way down, my senses were telling me this was going to be good.  I lit up!  Although musty at first I could smell berry fruit, and lots of it. And there were hints of aged leather, which is a good thing and not usually prominent in younger Southern Aussies. 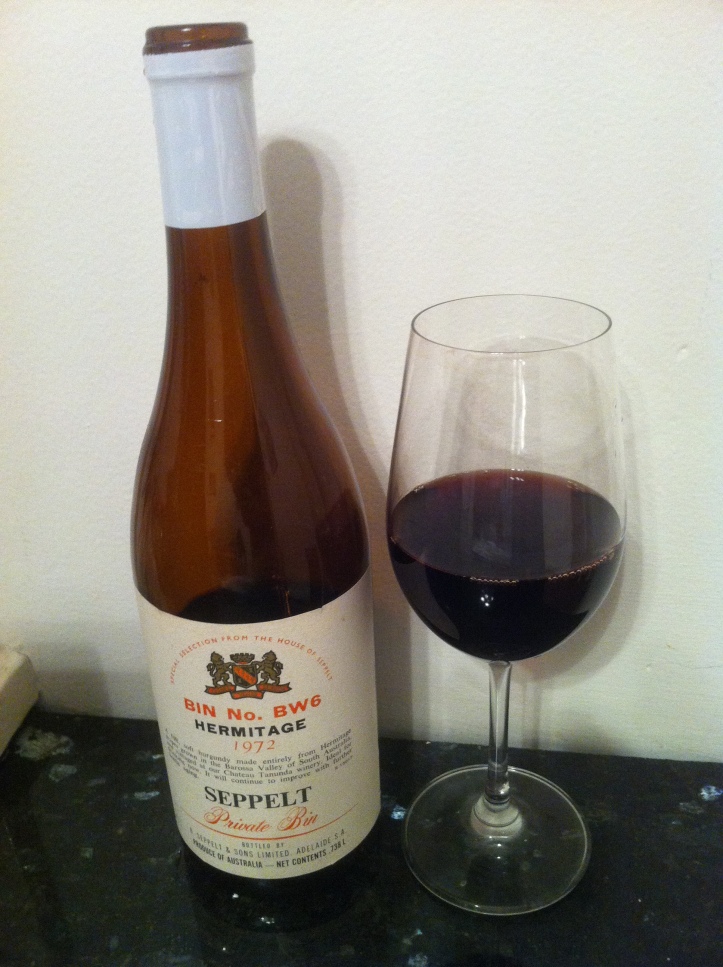 I poured and it was a beautiful purple colour.  I just had to sip.  Vinegar and battery acid?  Nup, far from it.  My first senses were correct again.  This wine was an utter delight.  It was still quite fruity with loads of juice, and it was backed up by lots of savoury aged characters with a pleasant light mustiness and a vanilla finish.  And I could taste it in my mouth for ages!

So you could say that I ended up paying around $40 for that bottle instead of $30 when you add in the failure.  The thing is, you just can’t get that experience in a young wine so it was well worth the risk for the final reward.